Leading by listening: How one district is using community feedback to drive change

When Aaron Jennings became Chelsea School District’s first ever Equity, Diversity, and Excellence Officer in the fall of 2020, he embarked on a listening and learning tour.

Jennings was new to Chelsea, MA, and brought with him experience as a leader of urban education programs and organizations and a deep understanding of and commitment to creating excellent school experiences for every child. Raised in southeast Washington, D.C., Jennings attended an all-Black school that instilled in him a sense of pride in himself and his community. “We sang the Black National Anthem right after the Pledge of Allegiance,” Jennings remembers. “It was exciting to be Black.” His family did not have a lot of resources — “I know what powdered milk and powdered eggs taste like,” he said – but he, added, “I’m from privilege in the fact that my mother raised me to respect and value education, knowing that it was my conduit to success.”

While his own experiences inform his approach to education, he knew he needed to deeply understand the unique experiences of Chelsea families to effectively fulfill his job of ensuring that system level policies and procedures align with what’s required to be an equitable and inclusive school district. With Superintendent Abeyta’s support, he spent two-and-a-half months speaking with more than 100 family members, students and staff about what was working well in Chelsea and where there was room for growth. Chelsea is a working-class city referred to by some locals as “small but mighty.” Many residents are recent immigrants from Central America. The school district is made up of 11 schools with more than 6,000 students. 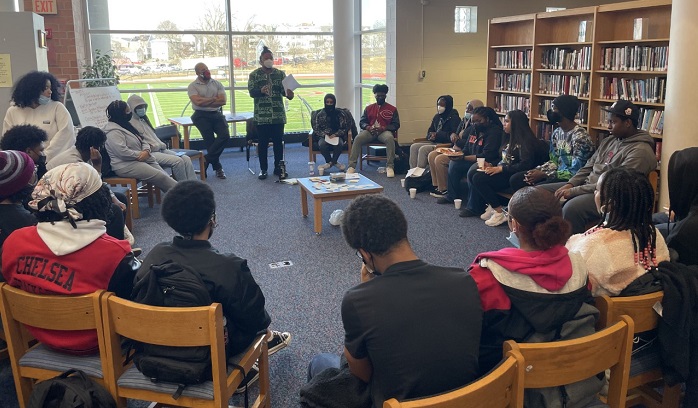 He learned that while 88% of students are Latinx, their teachers are almost entirely white. It was brought to his attention by current students, alum and parents that some teachers did not hold their students to high expectations. These issues in part feed into one another, he said. “Research shows that teachers of color tend to hold students of color to higher standards of expectations,” he said. “Kids from distressed communities need to see what’s possible, with professional educators of color in front of them.”

To gather a more comprehensive picture of the Chelsea schools, the district then engaged The Leadership Academy in an equity audit. “The equity audit was necessary for us to capture an additional voice of our community and to give those suspicions I had after the listening and learning tour even more legitimacy,” he said.

The audit process began by convening an equity audit committee comprised of school leaders, teachers, students, and community members and co-chaired by Dr. Jennings and the School Committee president. This group would be responsible for reviewing, analyzing and presenting the audit findings. Superintendent Abeyta and Dr. Jennings hoped the members of this committee would feel invested in the work and help support the district in implementing the action steps that grew out of the audit.

The committee decided to focus the audit on seven core areas:

The Leadership Academy team then conducted a series of surveys and focus groups with a broad range of community members.

The audit confirmed much of what Jennings had learned in his listening tour: a school system that needed to honor the humanity of its people, while also doing more to ensure that district practices and policies are equitable and inclusive. Some students and families said that school staff lacked a general awareness of their cultures and traditions and needed to build their skills in reacting to racial harm or knowing how to create safe and culturally responsive environments. Said one student, “I happen to hear someone who isn’t Black use the n-word so casually, it just rolls off the tongue. It bothers me a lot.”

The audit found that families want better school-home communication and relationships. “The students and staff, over and over again, talked about how more training, more support was needed to equip our staff to engage in conversations, to lead students in conversations,” Jennings said.

The audit also revealed trends in staffing: Teaching roles were more likely to be filled by white applicants, while Latinx educators were more often placed in paraprofessional positions.

“The audit gave me further validation that there is work to be done, and that we as a school district have to do a substantially better job being more equitable and inclusive,” Dr. Jennings said. 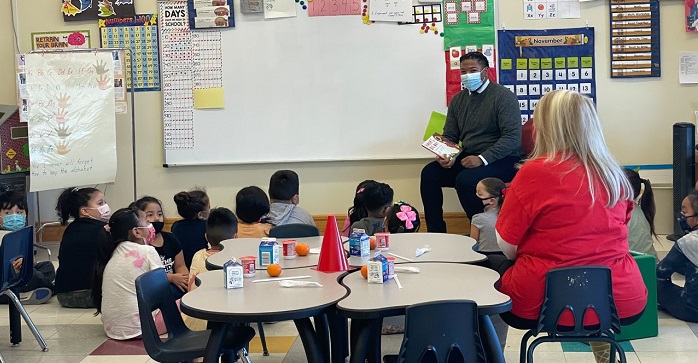 Putting the audit findings to work

Jennings says the audit has been central for moving the district’s five-year strategic plan forward. “We have been consciously and unconsciously carrying the statements from the focus groups in the work we do with cabinet and what we do and how we do it in our respective roles,” he said.

He and the district team have done a cross walk of the seven audit themes and the strategic plan, and they determined who is responsible for doing what. “Equity needs to be woven through everything that we do,” he said. The involvement of the entire central office cabinet and a deep commitment from the superintendent has been central to moving the work forward, he added.

“I’m grateful to be under the leadership of a superintendent for whom equity is not a fad,” Jennings said. “She knows intimately what it means and what it feels like to be overlooked, not seen as a Latina superintendent in a job typically held by white men.”

Based on the findings, the equity audit committee and The Leadership Academy developed small “safe-to-fail” experiments that they hope will lead them to larger solutions. Action steps include:

In the six months since the audit was completed, Jennings has been working with the district’s human resources director on strategies for diversifying the staff. In the high school, with staff support, Black students have created a group called Black Students Unite; Latinx students and LGBTQ students are now working with staff to create a similar group. The district team is going through the student handbook with an equity lens to make sure it aligns with district values.

Leadership teams in every school are now receiving five sessions of coaching with The Leadership Academy throughout the school year. All teams are also using The Leadership Academy’s Portrait of a Culturally Responsive School as a guide, pushing staff, teachers, and leaders to implicate themselves, identify gaps that they are contributing to, and ensuring they are self-reflecting on unpacking deep issues at play while maintaining high expectations and providing adequate support for all students.

“This work isn’t for the faint of heart,” he said. “It’s a real commitment for school districts to make and they have to be willing to look at the systems and have courage to do this heavy lifting and hard work.”

For any district leader considering an equity audit, he recommends first taking the time to get the pulse of the community, as he did with his listening tour, so that you go into the audit with a base of information and understanding. “Then having the audit conducted is essential to understanding the complexities of where injustices and inequities lie within your system,” he said.

Of course, he and his team are well aware that the hard work still lies ahead. “I am trying to be front facing with students, teachers and staff, communicating with them and helping them make meaning,” he said. “They might see a lot of stuff happening, and we are doing our best to communicate what is going on.”

all posts by Simon Landau